iPhones don’t usually have issues that affect how you interact with them. But contrary to what many people think, it’s far from having the perfect software. Sometimes, even the simplest tasks, such as making phone calls, will make you doubt if it was a good decision to buy an iPhone.

To fix an iPhone that won’t end a call, you should first try to reset your phone. You can also try installing iOS updates to get bug fixes installed, which could cause the problem. If both didn’t fix the issue, go to Settings > General > Reset > Reset Network Settings to set it back to default.

There are other similar issues that you’ll deal with, and all of them require various solutions. Stick around because we’ll cover the most common problems that iPhone users experience when they’re on a phone call and provide you the solutions to all of them.

There are instances when you can’t end your call, and the screen just freezes. Sometimes, the buttons just stopped working, or it just gives you a black screen. This problem is due to a glitch within the iOS that causes all your calls to malfunction, including regular calls, Whatsapp calls, and other VoIP services.

The easiest way to fix an iPhone that won’t end the call or hang-up is to reset your phone. After the call, press the power button until it shows you the option to shut your phone down. It’s an easy fix that won’t require you to change anything within the settings. Sometimes, performing a simple reset can get rid of the problem.

Normally, this issue won’t affect other apps you have on your phone, so it’s not a hardware malfunction. So, if your iPhone still won’t end a call or hang up after a reset, you can start installing iOS updates. Often, iOS updates include bug fixes, including the one you’re experiencing with your phone calls.

The last solution you can try is to reset the network settings of your iPhone. Since it only affects calls, it’s more likely to be related to your network settings. If you’ve tried the other two and you’re still experiencing the same problem, you can go to Settings > General > Reset > Reset Network Settings.

This option will force your iPhone to restart and bring your network settings back to default. You will then re-enter your WiFi password, and it should be enough to get your iPhone to work again.

How to Fix an iPhone When End Call Button Disappears

If someone calls you on your iPhone and the end call button disappears, it’s a glitch within the Phone app. You don’t have to replace any part of your phone or install iOS updates. What you need is to reset your Phone app to fix the problem.

Here’s how you can do it:

Note: Apps that you’ve used will remain on standby, but they’re not open and won’t slow your iPhone down. You should only force close it when an app isn’t working properly or is unresponsive; a missing end call button, for example.

How to Fix an iPhone That Locks During Call

iPhones lock when you’re in a call. It automatically turns the screen off to help save battery; then it locks after some time for security. It’s not a bug or a glitch that you need to fix. It’s also not a problem for most iPhone users. However, there are some instances when you need to unlock your phone in the middle of a call, and you’ll need access to the controls as quickly as possible.

If your iPhone locks while you’re in a call, an easy way to deal with it is to open your iPhone without using Touch ID. It’ll show you your lock screen with the caller’s name and time spent on the call. Tap the caller’s name, and it’ll quickly take you to call controls. Depending on the iOS you’re using, you can also activate it with a swipe right gesture to open call controls.

Again, it’s not a bug that needs fixing. Locking the phone while you’re on a call is a security feature that most people would want to have, just as soon as it happens to them. One of the best applications for this feature is when you’re on a call, and someone takes your phone away from you. If your iPhone doesn’t lock automatically, the culprit has access to everything on your phone. It’s a compromise that, I think, not many people would want to take.

There are several reasons why you can’t hang up an iPhone because of a black screen. Here are some of the things that you can do to fix it:

When you’re on a call, your iPhone uses a proximity sensor to turn off the screen when it’s close to your ear. This feature helps you save battery and prevents accidental taps on the screen. The black screen won’t be a problem if you’re not on a call, but screen protectors can sometimes reflect light.

If your screen protector is blocking the proximity sensor, your screen won’t wake up after the call because it still thinks that the phone is close to your ear. Removing the screen protector and replacing it with one that doesn’t cover the sensors should be an easy fix for this issue.

When you’re on a call, and you can’t end it because the red button isn’t working, then you might be experiencing a glitch caused by the settings in your iPhone. It’s not because of a hardware or app malfunction but from your iPhone’s settings. The first step that you should take is to check whether you have the latest iOS in place. If not, update it and see if it fixes the issue.

If the update doesn’t solve the problem or if you already have an updated iOS, here’s another easy fix (it’s a lot better than turning it on and off every time you get a call):

iOS is probably one of the best systems ever created. But being the best doesn’t mean that it doesn’t have problems or is not susceptible to glitches. There will be problems while interacting with your iPhone, and your settings will, most likely, be the cause of it.

Whether your Phone app is unresponsive or the end call button just doesn’t work, a reset can fix it for you. But sometimes, the issue will require you to reset your network settings or even erase all content and data from your iPhone. 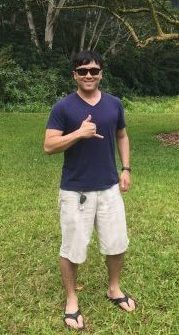